10) Santa's Little Helper, the family pet of The Simpsons, a sweet little greyhound who was not very good at racing.

9) Paul Anka, Lorelai's dog on Gilmore Girls. Paul Anka had more quirks and foibles than any dog I have ever heard of. 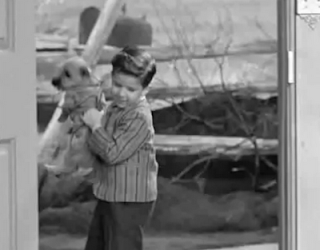 Don't get ripped off by unscrupulous breeders. Go here for warning signs that a breeder is trying to rip you off.

6) Eddie the Jack Russell Terrier from Frasier. Eddie responded to Martin and Daphne with human-like understanding, but often seemed to taunt Frasier. 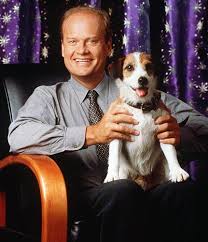 5) Bullet the Wonder Dog on The Roy Rogers Show. Bullet was a master at knowing who the bad guys were, and was always eager to bite a gun out of their hand or to tackle them when his human partners were outnumbered.

Don't get ripped off by unscrupulous breeders. Go here for questions to ask your breeder.

4) Maximilian, the Bionic Dog, from The Bionic Woman. Injured by a lab fire as a puppy and "rebuilt" with prototype bionic parts. A very high-octane pet.

3) Rin Tin Tin, a German Shepherd found in a trench by an American soldier. From the batlefields of Europe to Radio,Film and TV. Rinty was always a great hero. 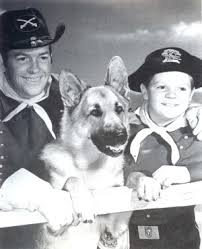 2) Gromit from BBC clay animation TV series Wallace and Gromit. Gromit's silence speaks volumes. His expressions tell everything that needs to be told. 1) Lassie, of course! After successful Film and Radio careers, Lassie was a huge hit on TV. Lassie was a great friend and always saved the day. 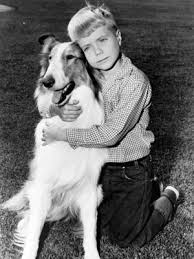 Don't get ripped off by unscrupulous breeders. Go here for recommendations on buying a puppy.
Posted by Malteser at 3:53 PM